The Purple Heart has been part of our country’s history since the Revolutionary War. At that time it was a purple, heart-shaped badge with the word “merit” embroidered on it. It was reinstituted as a medal after WWI which had the highest soldier casualty rate in American history second to the Civil War. Today it is given to members of the U.S. Armed Services who are wounded or killed in enemy combat.*

Those who receive it don’t ask for it. It is a reminder that they went through hell and have been physically marked by it. The medal itself is less an acknowledgement of what they did rather, that something horrible was done to them. Something that they, or their family, must now survive.

The worthy hearts project was created in reaction to those wounded or killed by acts of domestic and sexual violence. I would argue that this is a domestic war. In this war, the people who are fighting are not soldiers. The enemy isn’t obvious or even known, and in fact we all are implicated in their actions, as they are born of our own failings as a society. We perpetuate the violence by not radically changing the way we combat it. Statistically, one in five women is raped. One in three experiences domestic violence.** We need to do better by them. Some say that bravery is acting out of fearlessness. I disagree. I think that bravery is acting in spite of incredible fearfulness. We need to be brave enough to fight for and with them.

Those who are sexually assaulted don’t ask for it. Those who are abused by a partner or family member don’t ask for it. These worthy hearts are reminders that they went through hell and have been marked by it. It is not an acknowledgement of what they did rather, that something horrible was done to them. Something that they, or their family, must now survive. They deserve to have their bravery acknowledged. They deserve to be reminded that they are entitled to love and kindness. That they are worthy of it.

I'm a survivor of emotional abuse and sexual assault. A lot of people don't understand how damaging emotional abuse can be, that it's often just as bad if not worse than physical abuse. Victims become trapped in toxic relationships with little to no support because without a bruise or a broken bone, how do you prove the abuse? My relationship was so bad it led me unwittingly to my rapist. It's taken a long time to heal, and I will never be fully “over” what happened to me, but I will find a way to let it change me for the better.

I started the worthy hearts project as a way to incorporate the healing process into my studio. Each heart is handmade and takes hours to complete, simultaneously affirming the object's worthiness as well as my own. Through documentation on social media, friends, family, and other survivors began asking if they were for sale. I liked the idea of expanding the project beyond a single installation so I reached out to Philly artist Amber Lynn (aka Amberella). Her goth heart pins were perfect for the project in both design and distribution. My hope is that the worthy hearts can become a platform from which to generate more discussion of sexual and domestic abuse. The more we can talk about these issues, the closer we will become to eradicating them. So c’mon, let's show off our #worthyhearts! 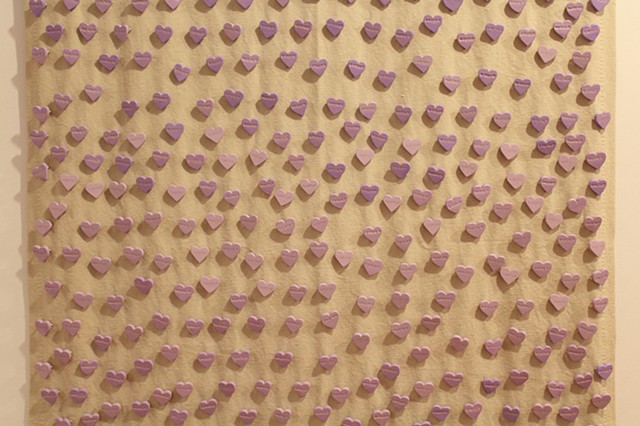 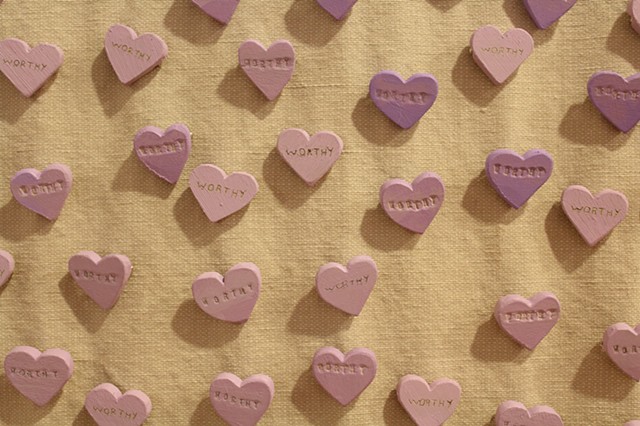 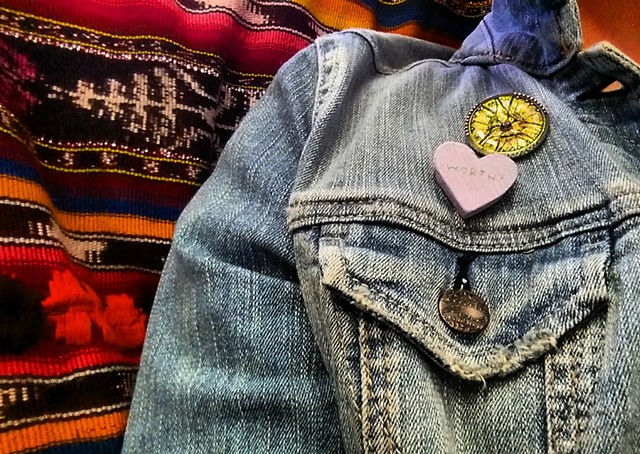 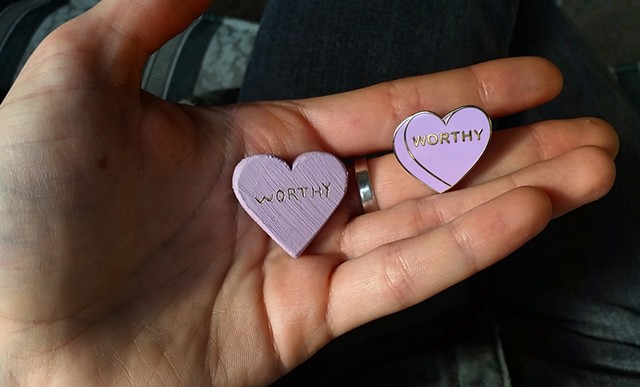 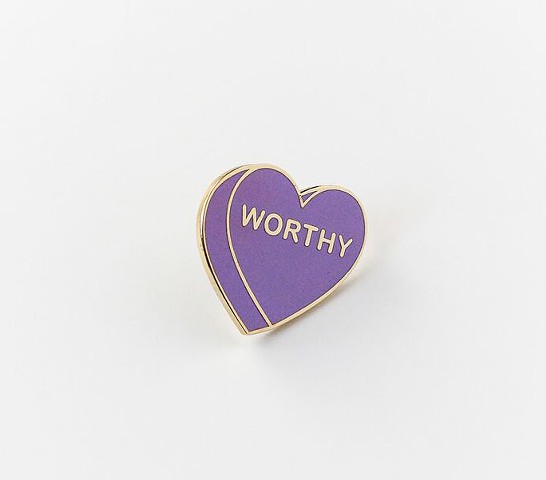